Myomectomy is the surgical removal of fibroids from the uterus, leaving the uterus in place.

Fibroids are benign ‘growths’ within the uterus/womb. They are also called uterine leiomyomas or myomas. Most fibroids do not cause problems and treatment is not required. However, occasionally they may be responsible for troublesome symptoms (see section on UTERINE FIBROIDS).

Myomectomy is the surgical removal of fibroids from the uterus, leaving the uterus in place. 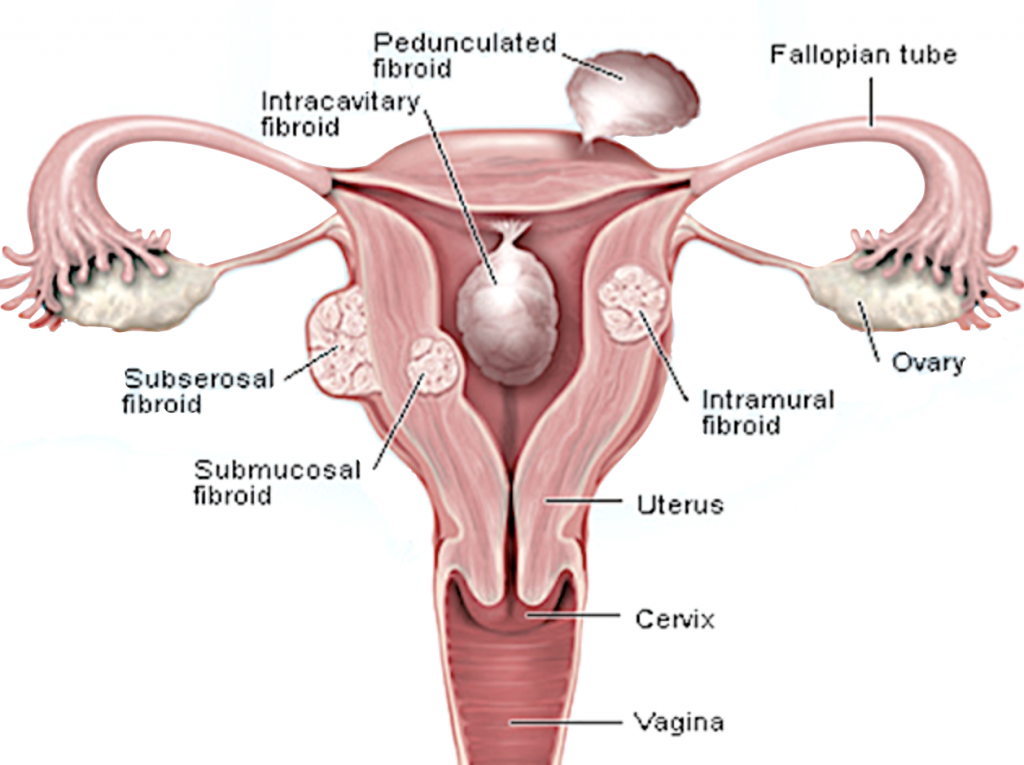 Fibroid location, number and size are important considerations when determining which surgical approach to use. In addition, the surgeon’s skills and experience as well as patient preference will influence decision-making.

1) Abdominal (open) myomectomy was developed in the early 1900s as a conservative treatment for women with uterine fibroids i.e. for women who did not wish to have a hysterectomy.

With any major surgery requiring a laparotomy, there are risks and potential complications:

2) Laparoscopic myomectomy is similar in many respects to a traditional abdominal/open myomectomy. The key difference is that minimally invasive (‘key-hole’) techniques are employed with all the benefits of laparoscopic surgery (see section on LAPAROSCOPY).